Dissection of the Internet of Things (IoT) Industry 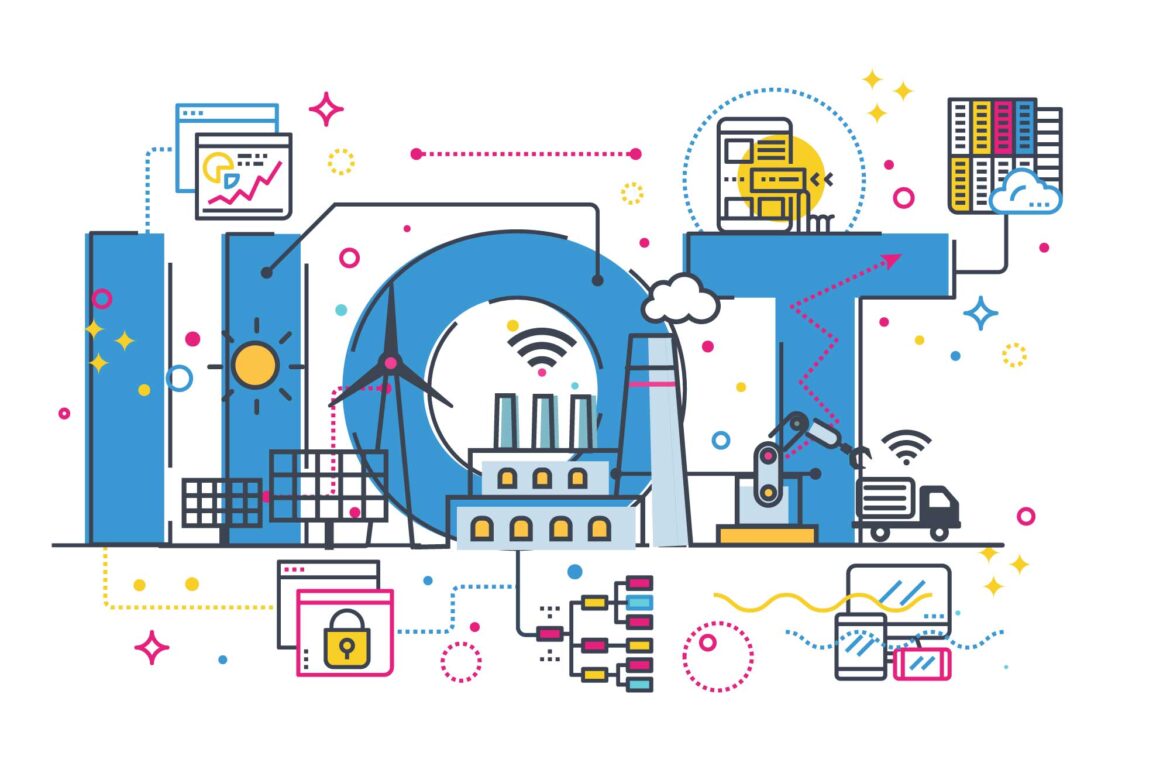 In the past few years,Internet of Things (IoT) has become one of the most disruptive technologies of the 21st century. None of us ever thought that the application area of IoT can be so huge. The technology can connect numerous objects including cars, kitchen appliances, baby motoring, and the list endlessly goes on. These objects can be connected by embedding sensors in the devices.

The sensors communicate with the connected devices through the internet to monitor or exchange information. It creates a harmonious communication between people and things.

With the help of Internet of Things (IoT), the physical things can share or collect information by cloud, low-cost computing, mobile technologies, analytics, or big data with the minimum involvement of humans.

All the objects, which are connected to internet for transmitting the data from the physical world to the digital world are considered as ‘smart objects’.

The main purpose of IoT is to use smart objects to enhance the lives of people and digitalise the world. In IoT technology, the physical world and the digital world meet to collaborate and build a better future ahead.

Evolution of Internet of Things (IoT)

Technically, IoT technology was launched in the year 1999 but it was not used widely in that period. The practitioners and researchers from academia and industry were brought together in March 2008 in the first IoT conference for sharing the knowledge. In that year, IoT was considered as one of the six disruptive civil technologies by the US National Intelligence Council.

The Cisco Business Solutions Group (CIBSG) stated in its white paper in 2011 that it can be said that IoT was truly born between 2008 and 2009 as in this period, the number of people using the internet were less than the number of things connected with it. The ratio of things to people calculated by CIBSG increased from approximately 0.8 in 2003 to 1.84 in 2010.

Thereafter, Cisco released a number of educational materials on IoT. It also started taking initiatives for marketing and attracting clients to adopt the technology. Later on, Ericsson and IBM joined this race with Cisco.

Gartner included IoT in the Hype cycle for emerging technologies, which were on the rise in 2011. A report released by IDC in 2013 forecasted the IoT market to grow at a CAGR of 7.9% and reach $ 8.9 trillion by 2020.

Hardware: The hardware requirement consists of controllers or sensors to collect data from the devices. These sensors are embedded in the objects to perform the required task.

Entire IoT system needs Software: The software required in the technology are hosted on the cloud. This software is responsible for collecting the data from the sensors and controllers. It also makes a decision based on the data collected by sensors.

Complete IoT system needs Connectivity: In IoT, the connection can be built between hardware and the cloud through routers or gateways. This step can be an intermediate step after connecting hardware in some systems. It creates a way to transfer the data to the cloud or to receive instructions from the cloud.

Communication Network: A communication network develops a user interface. This is required by the user to work with the system. A real-time monitoring web-based app should be created with a dashboard to enable the user to take actions. These actions should be taken according to the data analysed by the IoT system.

The rapid development of the Internet of Things (IoT) industry was possible because of the progress in Artificial Intelligence, Big Data, and Cloud Computing.

AI is accumulating the bulk of data processed by the smart objects. It evaluates the data and makes it usable. Previously, the organisations were unaware about saving and processing this data. This is the reason that AI is predicted to be the leading factor to set up the growth of IoT technology.

The bulk of data can be stored economically on cloud. Cloud computing is managing the flow of this data by implementing its various models and platforms. It is enhancing the efficiency of data by analysing it accurately.

As the IoT devices are increasing every day, it is making the AI models complicated and heavier with a large volume of data. Big Data technology make these models easier to be managed and makes sense of the data generated in the system.

Future of Internet of Things (IoT)

Statista predicted that by 2025, the number of installed connected devices globally would be 75.4 billion.

The figure shows that the Internet of Things (IoT) technology is still expected to reach its highest potential. It is expected to be more innovative in various domains. The trends, which can change the IoT industry drastically are 5G integration, multi-level privacy and security, single interface, and shift from products to services ecosystem.

The potential of IoT is to leverage a bulk of actionable data that would automate diverse processes in all the industries.

Five ways how digital marketing is taking over

Finance Made Easy with Artificial Intelligence and Machine...

Are Social Media Platforms a Reliable Source for...

@2021 - All Right Reserved. Designed and Developed by PenciDesign